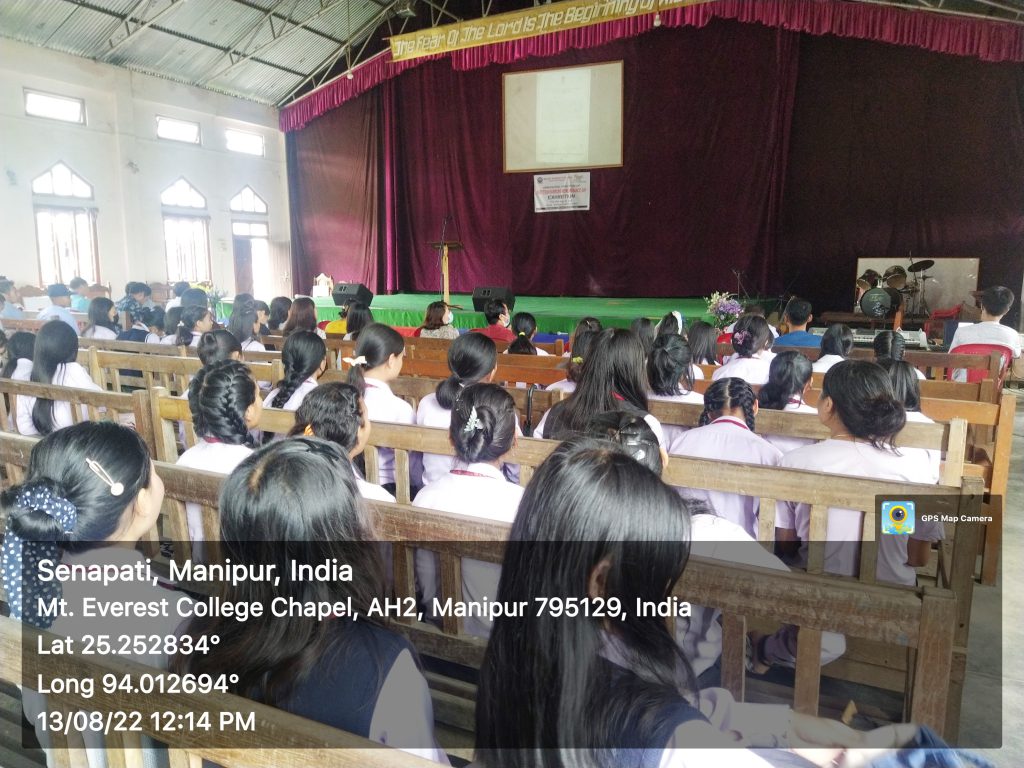 The Inaugural Ceremony of the programme starts at 11:30 am with the welcoming of the designated Guests, Faculties and students by the Moderator, Shri. Donkoulung Malangmei, Asst. Prof., Department of English, MEC. Followed by Opening Song “Vande Mataram” by the congregation. A brief Introduction about the purpose of the exhibition was delivered by Dr. Holkhongam Haokip, HOD Dept. of History, where he also exhorted on the “Horrors of Partition”. A brief summary of his exhortation may be summarise as under:
“During the Governor Generalship of Lord Mountbatten, an act was passed known as the Indian Parliament Act of 1947, which made a provision for the partition of British India into Pakistan and India. The partition triggered riots, mass casualties and a colossal wave of migration. Millions of Muslims head towards Pakistan and another millions of Hindus and Sikhs to India. The partition left 10 to 20 million people displaced and left 200,000 to 2 million dead. One reason for partition was the Two Nation Theory of Sir Syed Ahmad Khan stating that Hindus and Muslims are too different to be in one country.”
After the exhortation, Shri. Stephen and Dr. V.Alexander also spoke on the damage done by the partition which left the two countries shattered in terms of good social relationship even to this day. The Inaugural Ceremony of the programme ended with National Anthem, Jana Gana Mana.
Hours of Exhibition
The Exhibition started at 12:00 pm and last till 1:00 PM where images of horrors of Partitions which caused untold agony, suffering and pain to the people have been displayed through the projector. Many people besides students, teaching and non-teaching staff witnessed the horror of partition. Some of the special invitees who witnessed the horrors are: Village Authority, Youth Society, Women Society of Taphou Phyamai village, Nepali Village, Ngaihang Village, Oiname Village, Hornbill Media, Senapati, Herald Today Media, Senapati etc.
After the exhibition, the programme ended with a vote of thanks from Shri. Niomchung Jatak Chiru, Asst. Prof. Dept. of Physics, IQAC Coordinator, MEC.