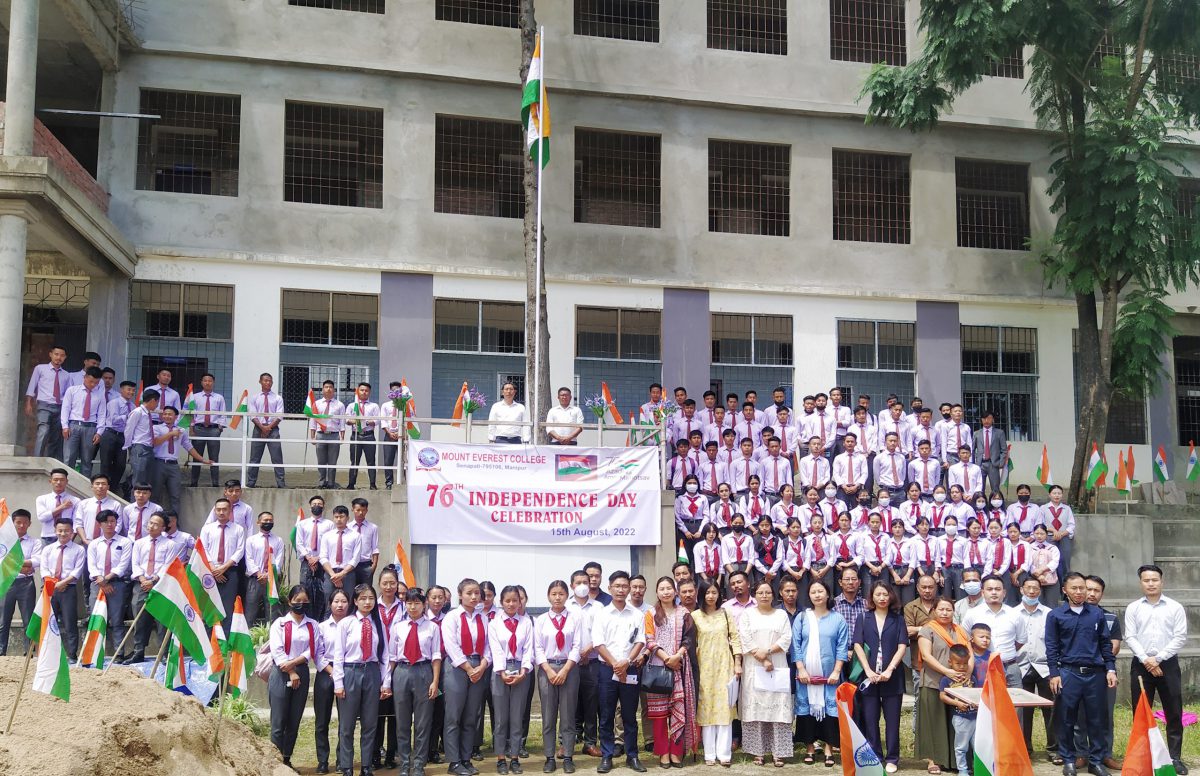 Mount Everest College made history joining with the rest of the Nation in witnessing the celebration of the Azadika Amrit Mohotsav, the 76th Independence Day on 15th August, 2022 at the College Campus.

The Programme was organized by the IQAC, Mount Everest College under the directive of the Education (U), Govt. of Manipur. It was presided by Shri. Gonmei Meithuanlungpou, Vice Principal, MEC as the Chief Guest. The programme began at 10:00 am with the welcoming of Chief Guest and the congregation by Moderator, Mr. CL Kalo, Asst. Prof., Dept. of Commerce, MEC.  It was followed by unfurling of the National Flag by the Chief Guest. After which, the faculties and the students sang the National Anthem. The Chief Guest in his speech instilled a sense of pride to the faculties and students on the landmark achievement of our Nation. He further encouraged the students to embark on the journey of liberating our Nation from anything that hinders the progress of the nation. The Result and the prize for the Fancy Dress Competition (Patriotic), Choreography Competition (Patriotic) and Painting Competition (Patriotic) was also distributed which was held on observance of Patriots’ Day on 13th August, 2022 as a part of Azadika Amrit Mohotsav. It was then followed by light refreshment and pronounce of vote of thanks from Ms. Kateni, Asst. Professor, Dept., of  Botany, MEC. The Programme ended after singing the College Anthem.