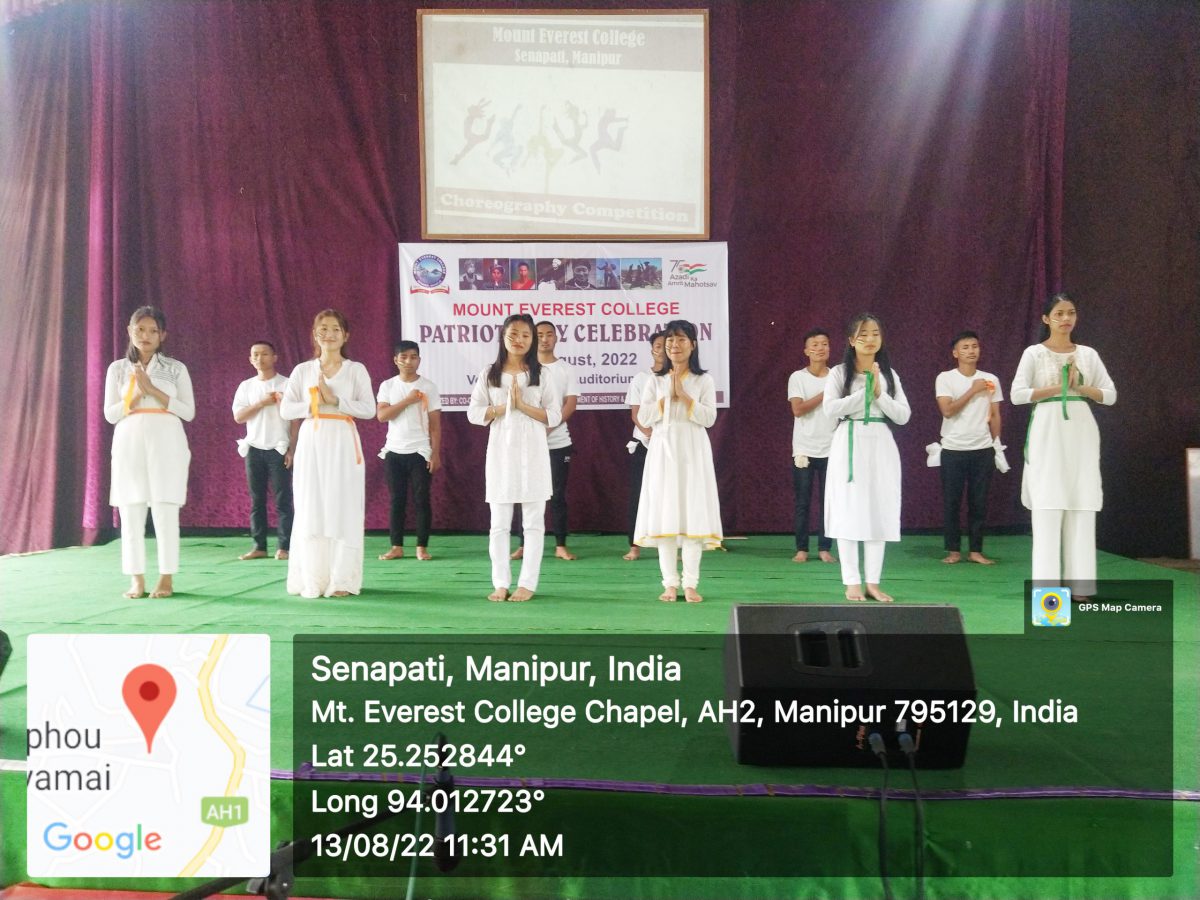 Mount Everest College organized the “ Observance of Patriot’s Day on 13th August, 2022 at the College Auditorium Hall.
The Programme began at 10 am with an Opening Song “Sana Leibak Manipur” sung by the congregation. It was followed by paying of tributes to the Patriots by maintaining Silence for One Minute remembering the sacrifices our Patriots have made.
Key note address was delivered by K R Alen Chiru, Asst. Professor, Dept., of Political Science, MEC. He stressed on the importance and history of observing Patriots Day. He further encouraged the teachers and students to carry on the legacy our freedom fighters left behind.
After which, hours of competition took place where several students participated in Fancy Dress Competition (Patriotic), Choreography Competition (Patriotic) and Painting Competition (Patriotic). The Result and the prize distribution to be take place on the Independent Day. It was then followed by light refreshment and vote of thanks from Mr. Lanchenba, Asst. Professor, Dept., of  Political Science, MEC.
The Programme ended after singing the College Anthem and closing prayer by Ms. Vashti, Asst. Prof., Dept., of Anthropology, MEC