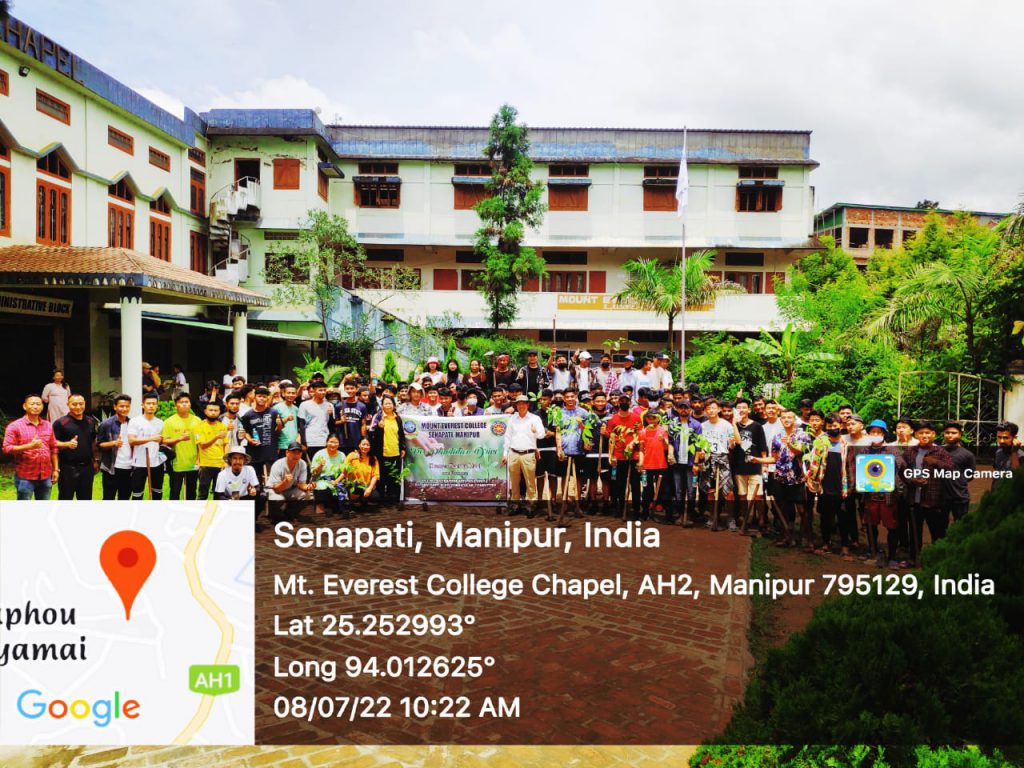 Mount Everest College, Senapati Manipur conducted a Mass Tree Plantation Programme on 8th July, 2022, in and around the College Campus. The programme was conducted under the directive of the Office of the Principal Chief Conservation of Forests & HoFF, Government of Manipur through Directorate of University and Higher Education Government of Manipur order dated 27th June, 2022 to all the students and teachers of the Government and Government Aided College of Manipur. A total of 509 Sapling were provided by the Senapati District Forest Department out of target 1000 Sapling to be planted in and around College Campus by the concern authority.

Further, the college also pledge to protect and look after the saplings that were planted for the next three years.             The Mass Tree plantation Programme was participated by 85 Members of Teachers and students led by Principal and Vice principal, College NSS Unit-1 led by the Programme Officer.